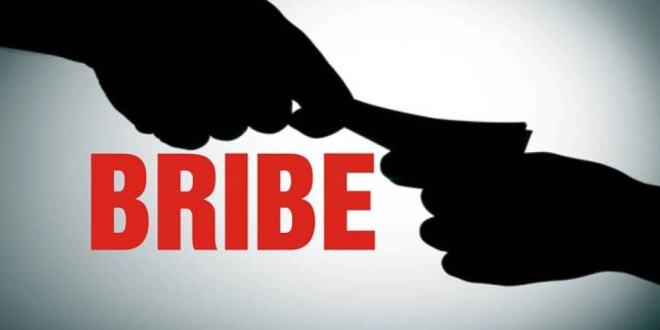 Giving details he said the complainant has approached the VB and alleged that the above named Inspector was demanding bribe of Rs. 35000 for allowing to lift paddy from the grain market for its milling in his rice mill and the deal was struck at Rs. 30,000.

After verifying his complaint the VB team laid a trap and the accused was caught red handed along with Rs. 30,000 and tainted money was recovered from him in the presence of two official witnesses.

He informed that a case under Prevention of Corruption Act has been registered against the accused at VB police Jalandhar and further investigation was under progress.