Outlining his agenda to ensure a prosperous and strong Punjab, the Chief Minister Charanjit Singh Channi on Sunday announced ‘Mission Clean’ to be implemented all across the State.

Chairing a meeting of all the Deputy Commissioners and the SSPs, the Chief Minister ordered them to take strict action against the unscrouplous elements indulging in illicit practices related to sand mining and liqour besides also adopting zero tolerance for the drug trade and corrupt practices. “In the wake of festival season, the shopkeepers must be facilitated in every possible way to sell their wares such as crackers and eatables”, said Channi.

Coming to the issue of sand mining, the Chief Minister said that the sand rates have been fixed at Rs. 9 throughout the State and strict adherence to the fixed rate must be ensured by all the Deputy Commissioners and the SSPs who must focus on going strict on illegal sand mining. Besides, the people indulging in the transportation of the same should not overcharge, said the Chief Minister adding no laxity in this regard would be tolerated at any cost. Meanwhile, the Chief Minister added that the Panchayats should not be made to pay any charges for levelling of sand and gravel to be used in village development works.

The Chief Minister also held a meeting of the Vigilance Department on the occasion in the presence of the Director, Vigilance Bureau Sidharth Chattopadhtaya and all the SSPs and gave clear directions with regard to ensuring the success of ‘Mission Clean’ by taking strong action against those indulging in corruption. “The people should not face any difficulty and negligent approach in the implementation of these directions would be intolerable”, added the Chief Minister.

Apprising on the law and order situation, the Deputy Chief Minister S. Sukhjinder Singh Randhawa, who holds the Home Portfolio, directed the DCs and the SSPs to be extra vigilant especially keeping in view the threat from across the border during the current festive season and increase patrolling. He also said that checking at regular intervals must be ensured to keep anti social elements from fomenting trouble. “Police officers must be present inside the police stations as these should not be run from mobile phones”, said S. Randhawa also adding gangsterism would not be tolerated in the State. 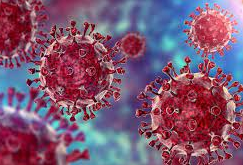