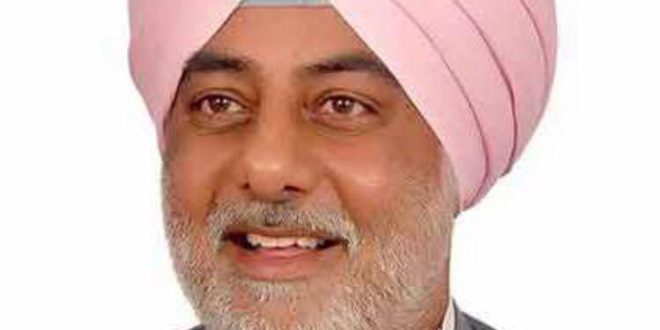 Disclosing this here today, Cabinet Minister Mr. Randeep Nabha said that with this consignment, we were able to cope with the situation within a week as the Government of India promised seven rakes per day from today onwards. He informed that our total pendency stands 42 rakes as of now of all districts. If seven rakes will come up every day, then we will cover up the entire shortfall within a week.

Agriculture Minister added that he spoke to secretary GOI regarding the supply of DAP to Punjab on Monday, who in turn assured him of this allocation. After that, the Minister today held video conferencing with all the officials of the agriculture department of the state, in which he congratulated the field staff for taking stringent action against hoarding/black marketing and overpricing. He also asked the field staff to be in touch with the farmers unions and convey them the latest allocation plan of DAP by GOI so that there are no protests. He asked the officials to coordinate with their deputy commissioners to ensure safe unloading at the railway stations.

Talking about the Micro Planning to redress the problem of DAP shortfall, Mr. Nabha said that he was being held a virtual meeting of All Chief Agricultural Officers of the state to check the stock on regular basis. He mentioned that 32 DAP rakes of different DAP supplier companies have been demanded for the period of November 15 to 20 and the same has been accepted by the Government of India and directed concerned DAP suppliers to place indents. He added that against total allocation of 2.56 LMT, 32 rakes (87744 MT) have been received so far and 6 rakes (18095 MT) are in transit and expected to be placed soon. Apart from it, an indent of 14 rakes (41514 MT) has been placed by different companies too.