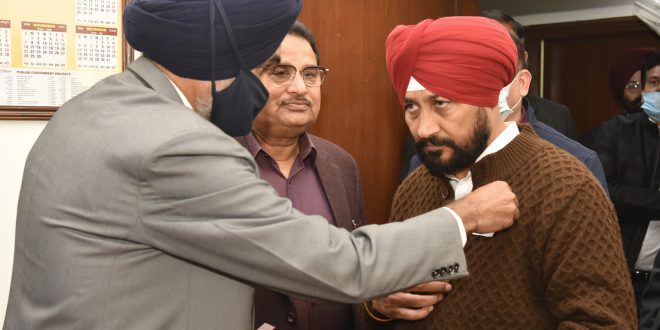 Paying befitting tributes to the martyrs and brave soldiers of our country on the Flag Day, CM Channi said that this historic day gave us an opportunity to re-affirm our solidarity with the Armed Forces and to recognize the Services of Ex-servicemen. He also called upon the people to salute the martyrs for their supreme sacrifice and courage, besides contribute voluntarily and generously towards the Flag Day Fund, which would be utilized for the noble cause of the rehabilitation of war widows, disabled defence personnel and Ex-servicemen.

CM Channi further said that it was a humble contribution and token of respect towards the outstanding services rendered by our valiant soldiers who zealously guarded our borders around the clock. The Chief Minister also generously donated towards the Defence Services Welfare Fund on this historic day.