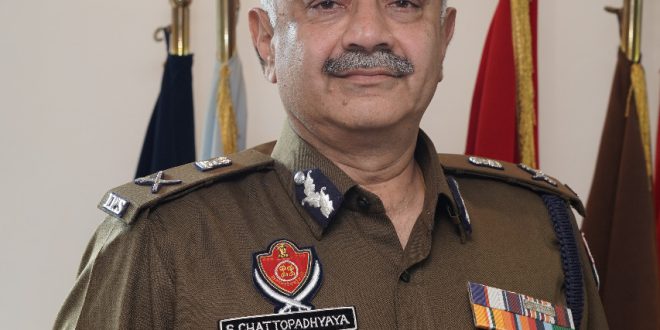 According to the orders issued by the State Government, Siddharth Chattopadhyaya, IPS would also continue to hold the charge of DGP, PSPCL, Patiala, besides the additional charge as Chief Director, State Vigilance Bureau.

DGP Siddharth Chattopadhyaya said that besides maintaining law and order in view of the upcoming Punjab Assembly Elections 2022, he will focus on the fight against Drug Trafficking, Human Trafficking and on improving the Road Safety Environment in the state.

The President’s Police Medal for Gallantry Awardee had served in various critical and sensitive capacities in the State Police during days of terrorism and on deputation at the Border Security Force (BSF).

Meanwhile, prior to the posting as DGP PSPCL, he had remained DGP Human Resource Development. He had also served as ADGP Policy & Rules, ADGP Provisioning and Modernization and other important posts in Punjab Police. He was also appointed as the head of sensitive Special Investigation Teams (SITs) by the Hon’ble Punjab and Haryana High Court.