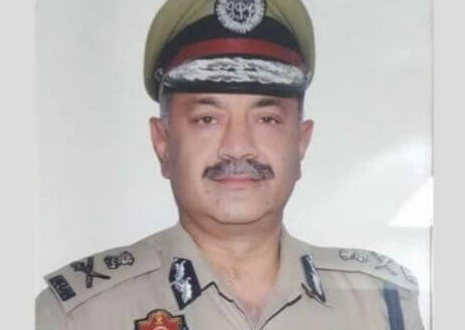 Take Effective Action As Warranted Under Law Against Anyone Found Disturbing Peace Or Communal Harmony In Punjab: DGP Punjab

Director General of Police (DGP) Punjab Siddharth Chattopadhyaya on Friday directed all the CPs/SSPs to launch preventive, precautionary and operational security measures to ensure peace and communal harmony in the State.

DGP Siddharth Chattopadhyaya gave clear instructions to CPs/SSPs to not let anyone take law in their hands and if any person found indulging in any violent activities should be dealt with firmly and appropriate criminal cases should be registered immediately.

Keeping in view the ongoing festive season, the DGP directed police officers to keep vigil at all the sensitive places and deploy maximum police force at Nakas, besides ensuring day and night police patrolling and conducting spot checks at crowded places including markets,bus stands ,railway stations etc. There should be no inconvenience to the common public especially to women and elderly people, he added.

The DGP also gave strict instructions to CPs/SSPs that no unauthorised security be given to any individual without the proper order from the DGP or ADGP Security. In case it has already been given, it should be withdrawn within a day. He also warned of strict action against the police officials if they are found indulged in the Police-Criminal nexus.

DGP Siddharth Chattopadhyaya also directed CPs/SSPs to continue their crackdown against the drug smugglers/suppliers so that  drug supply lines remain smashed. He exhorted every police officer/official to join hands together to identify the people involved in drug smuggling and all out efforts should be made to work in tandem with the Special Task Force (STF) to curb the sale of narcotics in their concerned districts.

With Punjab Assembly Elections-2022 also around the corner, the DGP directed CPs/SSPs to increase the effectiveness of Police Checkpoints to prevent criminal activities besides asking them to identify criminal elements active in their respective areas and put them behind the bars. He also directed Police officers to conduct maximum raids to arrest the troublemakers, Parole Jumpers, POs and people involved in extortion, arms and ammunition cases.