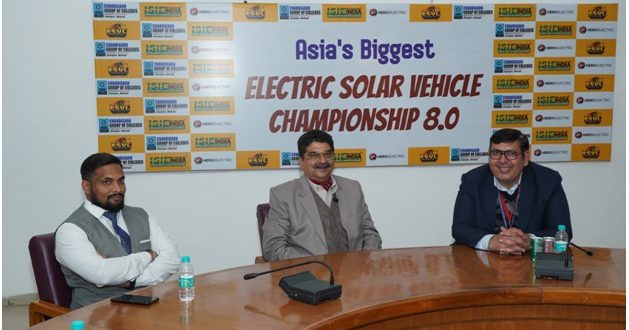 Total 21 teams have participated and put their heart, mind, and soul into coming out with unique creations in the form of solar-powered e-kart and e-bike. Judges from 14 distinguished organizations were invited to check the performance of each vehicle on various parameters and put the teams to showcase different tests. Coming out with such creations is no easy feat as many teams were observed sweating out day and night and scratching their head to come out with something that can work. Different technical tests checked the vehicles on their steering ability, their maneuverability on uneven terrain, e-bikes and e-kart were checked on high rise humps and on zig-zag patterns for their control and stability, the top speed that can be attained by vehicles, and how strong and effective were their braking mechanism. Teams had to pass their vehicle through multiple rounds of testing to come out as a winner.