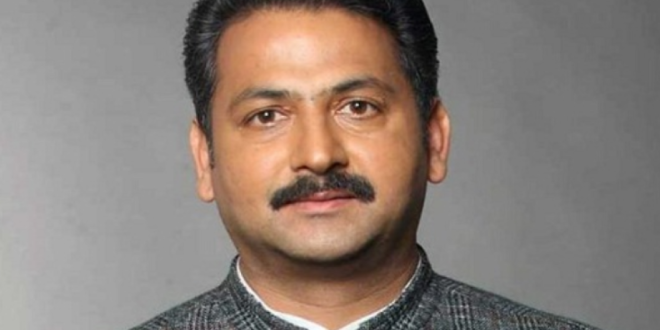 Punjab Public Works Minister Vijay Inder Singla, on Thursday, said that the state government has named Bhawanigarh-Sunam-Budhladha-Boha road after the legendary King of Agroha, Maharaja Aggarsen ji. The cabinet minister said that the 87.05 km road stretch up to Haryana border has been named as Maharaja Aggarsen Marg as it connect major cities of Punjab to Agroha Dham.

The minister also urged Haryana Chief Minister to name the remaining 61 km part of the road up to Agroha Dham, under their jurisdiction, after Maharaja Aggarsen Ji. He said that as Agroha Dham is the historical place where the Agrawal community originated, hundreds of pilgrims from Punjab and various other states visit the sacred place every year. He added that it was a small gesture of respect by Punjab government to pay a befitting tribute to Maharaja Aggarsen ji.

The minister informed that apart from naming the road, their government has also set up an academic chair and a scholarship in the name Maharaja Agrasen at the Punjabi University in Patiala. He added that an endowment fund of Rs 7 crore has also been sanctioned by their government for smooth functioning of the chair.

Mr. Singla said that Maharaja Agrasen ji is remembered for his commitment to the upliftment of the underprivileged sections of the society and to the promotion of trade and trader community in Northern India in ancient times. He added that the modern day Aggarwal/Bania community was believed to be descendants of Maharaja Agrasen and the 17 gotras (clans) of the community had been named after the sons of Maharaja Agrasen.

Mr. Singla said that apart from these developments, the Punjab government under the dynamic leadership of CM Charanjit Singh Channi has ensured the overall holistic growth of the state within a few months and the PWD has also continuously been working to provide better road connectivity to the people of the state. He said that numerous projects have been completed in Punjab in this regard and better quality of the roads and other projects was also being ensured.